Catholic Parish of Chibumagwa was found by a Germany priest, a certain Fr. Gash and Amandus at the place known as Mpandagani since 1894. After the first World war the Anglicans came around and powerfully spread throughout the area of rift valley established more than 50 stations. The conflict between Catholics and Anglicans forced the Germans to abandon their Mission and go away. Around 1944 -1968 the Passionist Fathers managed to arrive in the area; Fr. George from Bahi Mission started visiting areas like Makutupora and Nkonjigwe which included stations (vigango) of Majiri, Makasuku, Kinangali and Mpandagani. He baptized many people although he was so much opposed by the Anglicans. Christians from this area had to walk till Bahi Parish to receive the sacraments of the Eucharist, confirmation, and matrimony.

With the arrival of the three CPPS Missionaries in Manyoni in 1968 the area began to receive pastoral care from Chibumagwa. Fr, Joseph Montenegro after meeting Fr. George at Nkonjigwe and Makutupora decided to begin serving the area. He thought of building a church at Chibumagwa to be the center of the missionary stations located in various surrounding villages. A strong misunderstanding rose between Fr. Montenegro and the district government because, while the government wanted to have all people around settling in Chinyika, Fr. Montenegro and some members of Christian community thought it was better to settle at Mwongozo where there is a pond for water. He began to build a church in 1974, while the local government leaders wanted all people to do the village communal work, Fr. Montenegro asked the faithful to help in building the Church. The conflict became so strong that Fr. Montenegro was put into prison for four hours until he was rescued by Fr. Dino Gioia who asked the District Commissioner to intervene. After the settlement of the conflict it was decided that the Church remain in Mwongozo and the people around. The parish was inaugurated in 1979 under the leadership of Fr. Dino Gioia and Fr. Ernesto Gizzi. By the time of the 40th anniversary of the Parish Chibumagwa has 17 Missionary stations and 11,734 Christians.

The Anglicans had built the hospital in Kilimatinde, however the relationship between Catholics and Anglicans continued to be tense. Meanwhile the Missionary work by the CPPS was accompanied by that of the sisters Adorers of the Blood of Christ. Sr. Delfina, Sr. Germina and Santina Arrived and a small dispensary was built near the church. Beside health service the sisters offered education to children and women. A Kindergarten school was built for children from the three localities of Chibumagwa, namely Msakile, Chinyika and Mwongozo. Sr. Santina began bringing health care services to nearby villages, but later in 1988 a big healthcare center was built which rendered precious service to all but particularly for pregnant women, who could now be helped there instead of having to climb to Kilimatinde hospital.

From 2015 Chibumagwa has hosted our candidates in their second year of Formation. The former Health Center which was closed in 2010 became Francis Xavier Formation House. 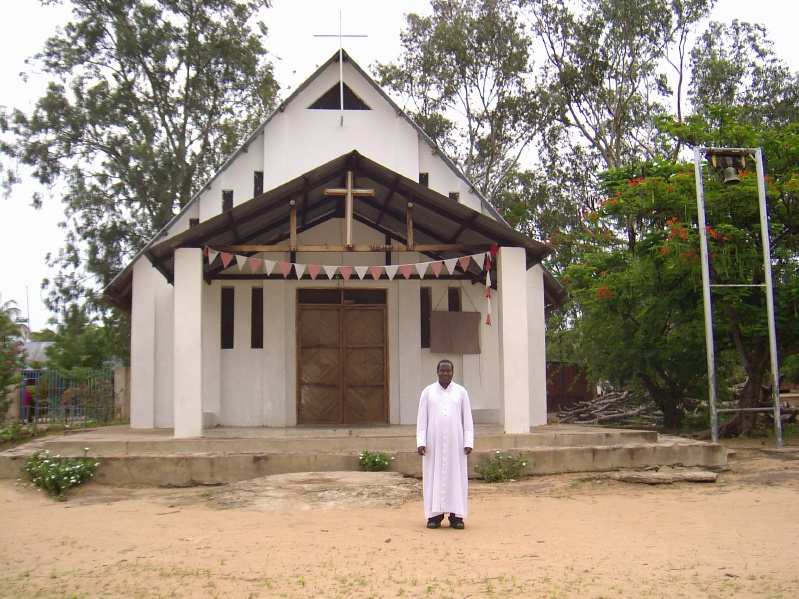