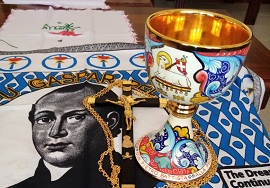 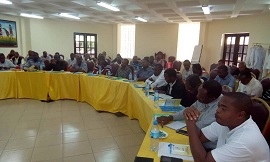 
Impelled by the mission of the Church and by the charism of St. Gaspar, the Missionaries of the Precious Blood of the Italian Province began the mission of Tanzania in 1966. In 1972 it became a delegation with its own regulations. Thanks to the increase of the members and of charitable and apostolic works it was elevated to a Vicariate on July 27, 1998. It continued to grow and on August 8, 2015, it was elevated to the status of a Province.

The Province of Tanzania of the Society of the Precious Blood is governed by its own Statutes. These Statutes govern the authority of the assemblies, of the Provincial Director and his Council, and everything else that concerns the Province.

According to the charism of our founder, mission, community life and the spirituality of the Precious Blood are three fundamental and essential principles of our Society. These three inseparable principles constitute the lifestyle and the vocation of the Tanzanian Province.

The official title of our Society is “Congregatio Missionariorum Pretiosissimi Sanguinis Domini Nostri Iesu Christi”. Its abbreviation is C.PP.S (Normative Text S1). It is registered in Tanzania as ‘’The Society of the Precious Blood”. The missionary crucifix which the members receive upon their incorporation is similar to the crucifix St. Gaspar used since the founding of the Congregation. It is the distinctive sign of the Missionaries of the Precious Blood. 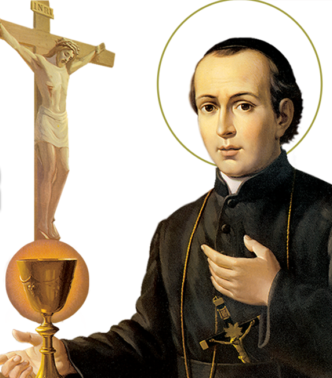 Impelled by the Love of Christ, manifested especially in the shedding of the blood, (Ref. Normative Texts C1) the vision of the C.PP.S Province of Tanzania in her first ten years is to be an effective agent of evangelization by being more sensitive to the joys and the hopes, the grieves and anxieties of the people of this age, especially those who are poor or in any way afflicted (Ref. Vat. II, GS 1)

The mission of C.PP.S Province of Tanzania is to build the Kingdom of God through evangelization of people of this age especially those who are poor and afflicted or in any way marginalized in the society. The modern technology is to be utilized as a means of our survival in mission and a tool of reaching the world for effective service of the Gospel for sanctification of missionaries and the world.

The three pillars of the Society of the Precious Blood continue to be among our values:
i) Community Life
ii) Spirituality
iii) Apostolate

i) To witness and proclaim the Word of God: United in community and moved by the Love of Christ who shed his Blood that we might have life in abundance, we commit ourselves to being the truthful witnesses and proclaiming the Prophetic Word with passion.
ii) To promote Liturgy, Prayer and Contemplation: As Missionaries of the Precious Blood our mission flows from our community life, prayer and contemplation. The liturgy of the Eucharist embodies the process of conversion and reconciliation that we are called to put into action in the world and with the people that we serve.
iii) To support Peace and Justice and Integrity of Creation Movements: The cry of the blood calls and sends us as Missionaries of the Precious Blood to participate actively in the work of justice, to restore peace and so to reconcile with oneself, with others and with creation, so that we all can live together in our common home.
iv) To encourage Inter-Religious Dialogue and Ecumenism: Affirming that all are one through the Blood of Christ, with a humble, receptive and non judgmental attitude, and recognizing the inherent dignity of those who are ‘others’, the C.PP.S missionary creates the space for mutually enriching dialogue that promotes an understanding that allows all peoples to live together in harmony
v) To enhance Inculturation Process: Following the same attitude of Christ who emptied Himself of His divinity and delivered himself to share our humanity, the Missionaries of the Precious Blood are present with respect and witness in concrete cultures, in order to discover and value the seeds of the Reign of God through accompaniment and dialogue, announcing the Good News and denouncing that which is contrary to the Reign of God.
vi) To bring about Reconciliation: Contemplating the Blood of Christ as a source of reconciliation, as St. Paul writes: “…bringing those that are far off near” (Eph. 2), our charism calls us to be ambassadors of Christ for reconciliation and the healing of wounds at the personal, communal, social, ecclesial and political levels, taking into account the need for inculturation and dialogue.