It was the morning of Friday July 31st, the same date that St. Gaspar was ordained Priest, exactly 212 years ago that five new CPPS members were ordained Deacons. The liturgy was presided over by Mons. Edward Mapunda - the bishop of Singida. Thirty six priests members of the Tanzania CPPS Province and members of other Dioceses concelebrated. Many religious women and men from the sorroundings particularly the Adorers of the Blood of Christ attended. There were numerous CPPS Associates known as Wana Utume wa Damu who gave particular flavor to the feast.

During his homily, BP. Mapunda exhorted the five missionaries to do always the Wil of God who has called them at the service of the people of God. He emphasized that Daconate is not a career but a vocation which only God can grant. Guided by the first reading he said that this was an election right from the womb of their mothers. God chooses and endows the elected with his graces so that they can worthy serve his people, he stressed. It is the merit of the prayers of the faithful who constantly heed the call of the Lord "Ask the Lord of the harvest, therefore, to send out workers into his harvest." (Mt. 9:37). 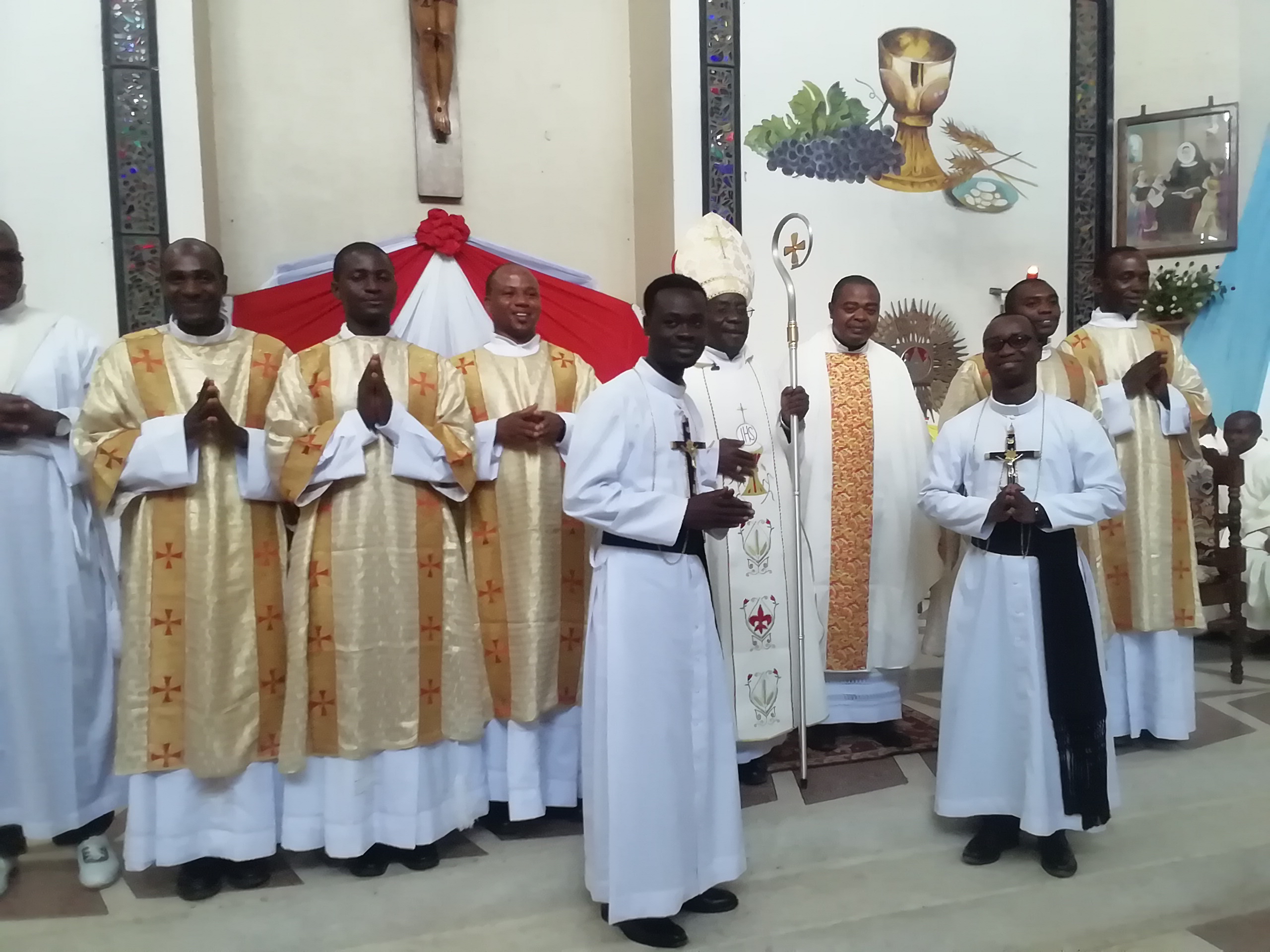